The BWF Referral Officer is the person appointed by Council who is independent of the BWF and its bodies and who is responsible for deciding in accordance with the Judicial Procedures on the referral of individual cases to the relevant Hearing Panel. The Referral Officer is also responsible for deciding on the imposition of Provisional Suspensions. 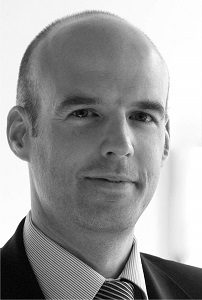 He is the former CEO / Secretary General of the Fédération Equestre Internationale (FEI), the international governing body for equestrian sport.   Prior to this, Alex was its General Counsel, acting as prosecutor before the FEI Tribunal on doping and disciplinary matters, and representing FEI interests before the CAS. Previously, Alex was General Counsel and Associate Vice President of CNET Channel, a business active in the licensing of IT product information worldwide.  Before that, he practiced litigation and international arbitration with Baker & McKenzie in New York.  Prior to practicing law, Alex was at the World Economic Forum, where he was responsible for design and implementation of the Davos Annual Meeting program.

Alex McLin is the Executive Director of ASA – the Swiss Arbitration Association. He is responsible for leading the Association’s operations as well as the overall development of its activities. ASA is a non-profit association with 1200 members – of whom more than 350 from outside Switzerland, all practitioners and academics engaged and/or interested in domestic and international arbitration.

Alex holds a JD from the Duke University School of Law, where he was Articles Editor of the Duke Journal of Comparative and International Law, Haverford College (BA Economics) and the International School of Geneva (IB).  He is a member of the New York Bar.  He speaks French and English (bilingual), Spanish and German (conversant). He is a Swiss and US national, and a member of the New York bar.