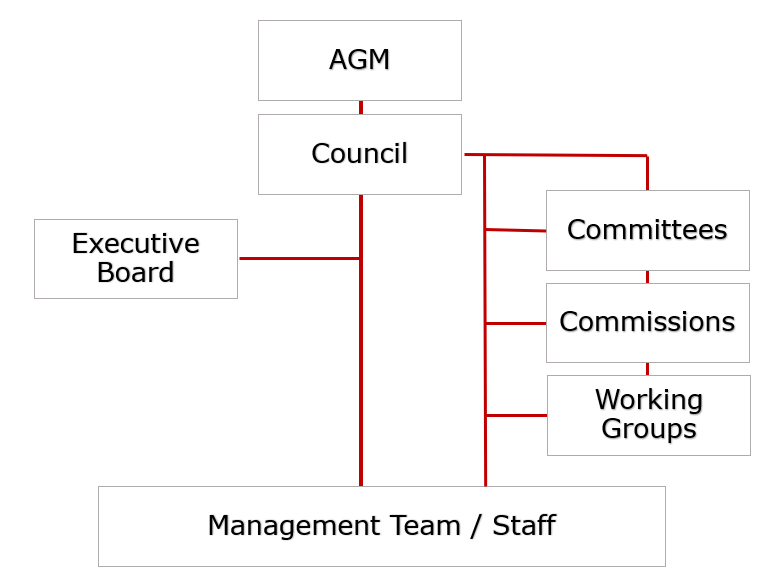 The Annual General Meeting (AGM) is the highest authority of the
BWF. The Council oversees the day to day business of the BWF between AGMs.

The Key Decisions of the AGM and Council are published after the meetings and can be downloaded above.

Meetings of the membership (General Meetings – AGM / EGM), Council, Committees and Commissions can be held in-person, virtually or in a hybrid format (a mix of in-person and virtual).

The Annual General Meeting is usually held in May each year. The main business of the AGM is to 1) receive reports from the Council, 2) approve the audited accounts, 3) receive the strategic plan of the Federation, 4) approve proposals from Council or Members which may include amendments to the Constitution and Laws of Badminton, and 5) elect the Council.

The Council is the elected governing board of the BWF and serves a term of four years. The Council conducts and oversees the day to day affairs of the BWF between AGMs.

The roles and procedures of Council are defined in the BWF Statutes – Section 1.2.1 Guidelines for Council and Section 1.2.2 Federation Rules and Procedures. In March 2019, the Council approved a Council Member Declaration which all Council members have signed. This declaration is a commitment by each Council member to their legal and ethical obligations as elected officials of the BWF. In 2020, the AGM introduced rules that required vetting of officials as detailed in Appendix II of the BWF Constitution.

Meeting dates of Council for 2022

The Council meets at other times virtually if the need arises.

The Council consists of 30 members:

There are eight committees which cover all key functional areas of the BWF. Committees consist of Council members. Within their scope of work, committees formulate plans, policies and proposals for Council approval.